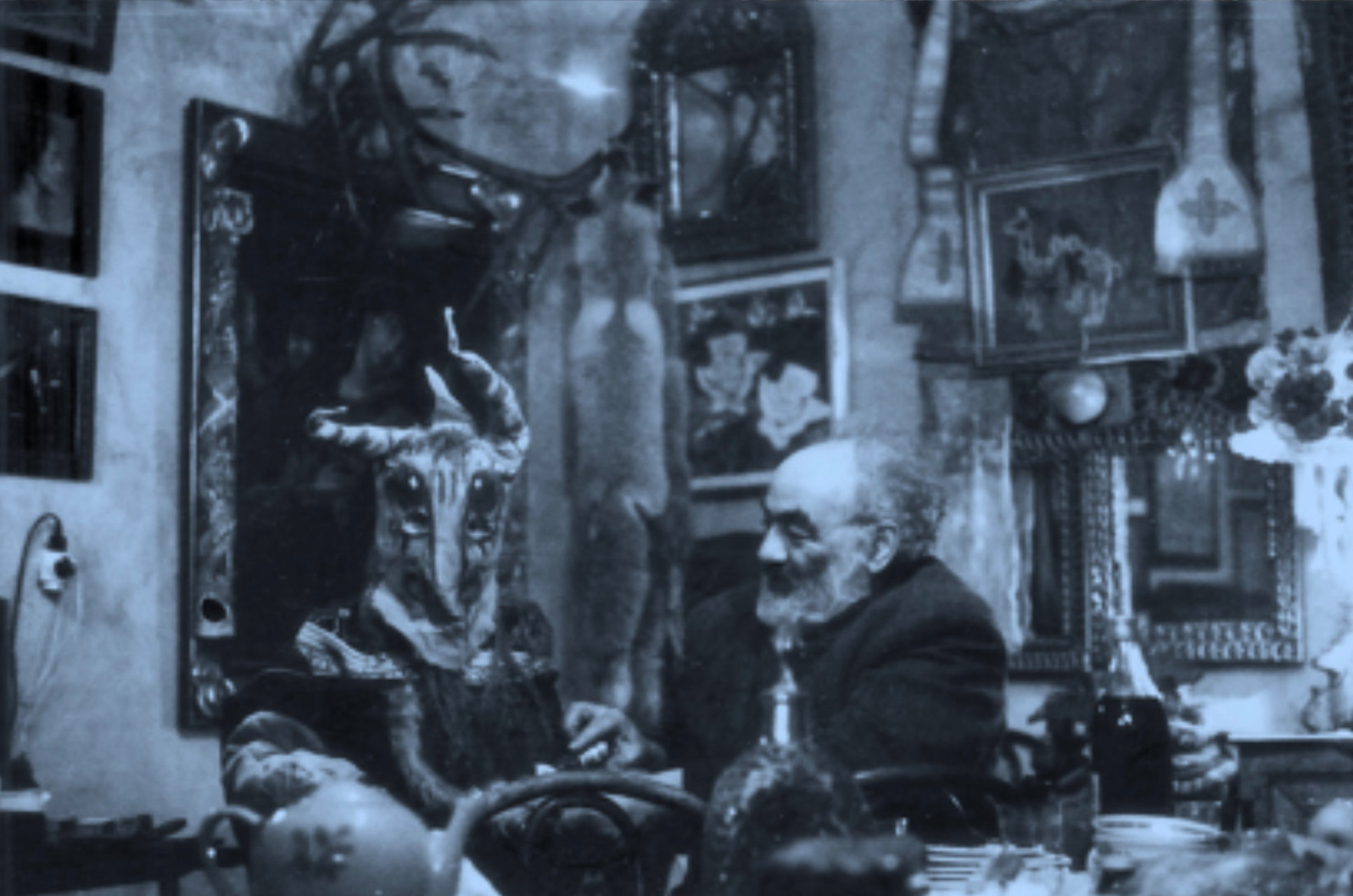 Reminiscence is a visual arts programme which runs in parallel with Sergei Parajanov’s film retrospective at Close-Up cinema. The programme brings together artists and individuals who reminisce on and cel- ebrate the oeuvre of the great filmmaker. Live performances, video installations and talks populate the cinematic space and extend the film programme outside its boundaries.

Sergei Parajanov, an internationally renowned Armenian/Georgian filmmaker, was born in Tbilisi, Geor- gia, where he spent most of his life in an old part of the ancient trading town. Parajanov was a performer and a visual artist who lived an extraordinary life; albeit not an easy one — as if he were a protagonist of his own films. He was a man of imagination, a generous man, who traded ubiquitously — always passing on not only objects, but also his inspiration.

There are many accounts of Parajanov’s interests. Inspired by appearances, vagabonds and legends he loved all sorts of bric-a-brac or found objects; he was an eager collector but also a giver. His door was open to all kinds of wanderers, including thieves and travellers, artists, and filmmakers. No one who visited him left without a gift. Many items found on his strolls ended up in his films and in his collages. He would al- legedly tell his guests that he had Mastroianni’s jacket, or Tarkovsky’s scarf, Mayakovsky’s hat and so on...

While Parajanov was well known for his generosity to others, he himself was often short of money. As a re- sult, he often lacked the appropriate wardrobe for formal occasions. As the story goes, he was once visiting Paris to attend an awards ceremony, and decided to look for a smoking jacket at a flea market - to no avail. He eventually came across a ‘No Smoking’ sign, which he wore instead of a jacket when he went up on stage.

In homage to Parajanov, contemporary artist Mamuka Japharidze has designed a Paraja – a Georgian over-garment that plays with word association. Made from a Caucasian rug, the Paraja repre- sents the artists’ shared delight in word play and syllogisms. Wear- ing his Paraja Japharidze will host a site-specific performance in the courtyard of the cinema, offering visitors the opportunity to sample Majika, a smoked chilli pepper relish created by the artist. He will also show still-life images of the original Majika peppers.

Multimedia artist Uta Bekaia will create tableau vivants inspired by iconic images from Parajanov’s films. The sculptures will be activated by street performers, who will join the crowds in the bustling market of Brick Lane. Uta Bekaia will also present his three-channel video “Kinto Dreams” (2017; courtesy of ERTI gallery), which will be on view in the hall of the cinema.

Sophio Medoidze’s short film Questions and Answers (2012), will be screened on loop in the cinema hall. The film points to a dream- like experience using the stream of consciousness technique, while bashing sounds and images against each other. Repetitions and language slippages create their own narrative logic or unlogic.

Andro Semeiko and Yu-Chen Wang will present their collaborative film installation Pān-toh Supra, in- spired by Georgian Supra (feast), Taiwanese Pān-toh (banquet) and Sergei Parajanov’s aesthetics and ideas. The work portrays an experience of social gathering, food sharing and the art of toasting led by the figure of a Tamada (the toast master); and explores socio-political dynamics of inclusion and exclusion of the other.

The programme will be accompanied by a series of talks. The conversations with exhibiting artists will be moderated by Whitechapel Gallery Film Curator Gareth Evans. Yuri Mechitov, a close friend of Parajanov and the the photographer behind some of his most iconic portraits, will be in conversation with the direc- tor of the Georgian Film Festival in London, Jason Osborn alongside film critic and curator, James Norton.

19:00        Yuri Mechitov in conversation with Jason Osborn and James Norton

Uta Bekaia is a multimedia artist working between New York and Tbilisi. He creates performances and in- stallations inhabited by wearable sculptures, which explore his historical and cultural background, genetic codes and cycles of the universe.

Mamuka Japharidze is an artist and educator living between Tbilisi and Bristol. He and his partner have developed a re-wilding project on land outside Tbilisi. An important aspect of the project is the Field Acad- emy, an informal educational attitutde open to all.

Sophio Medoidze is an artist and filmmaker. She was born in USSR, brought up in the Republic of Geor- gia and lives in London. She works with film, photography, text and sculpture, and for a time, she worked anonymously as part of the Clara Emigrand collective. Her work is marked by precarity and explores the poetic potential of uncertainty.

Yuri Mechitov is a Tbilisi based photographer and educator. He held his first exhibition in 1979, in Tbilisi. Mechitov works predominantly with analogue photography. He has published several books and his works have been exhibited worldwide.

Andro Semeiko and Yu-Chen Wang are London based artists who occasionally collaborate. Andro Se- meiko constructs multi-layered narrative installations based on his practice as a painter. Yu-Chen Wang uses film and drawing to ask fundamental questions about human identity at a moment where eco-systems and techno-systems have become inextricably intertwined.

This programme has been curated by Keti Japaridze and Lika Tarkhan-Mouravi, and is kindly supported by cARTveli Art Foundation, Georgian Airways and Life Through Cinema. 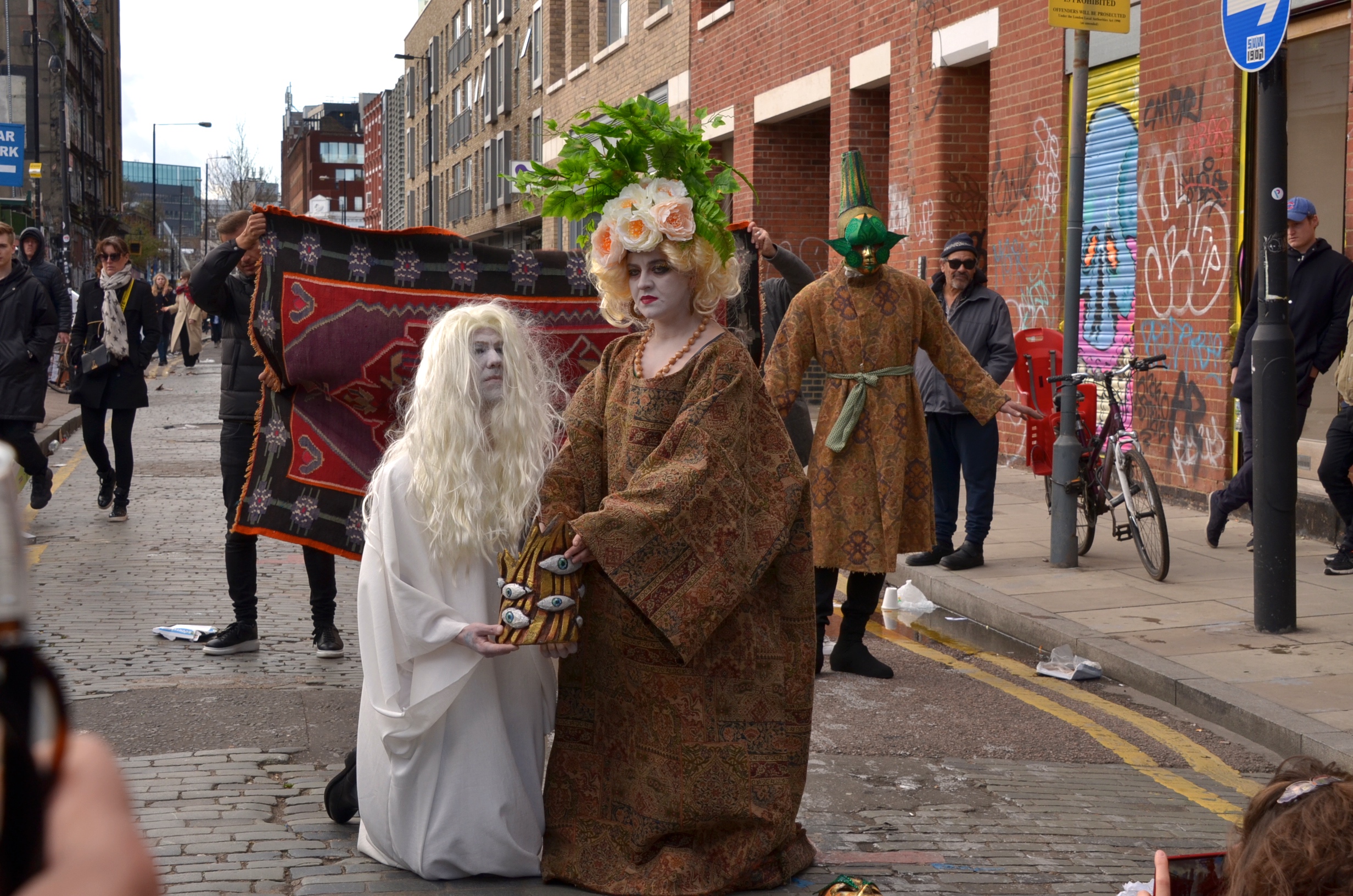 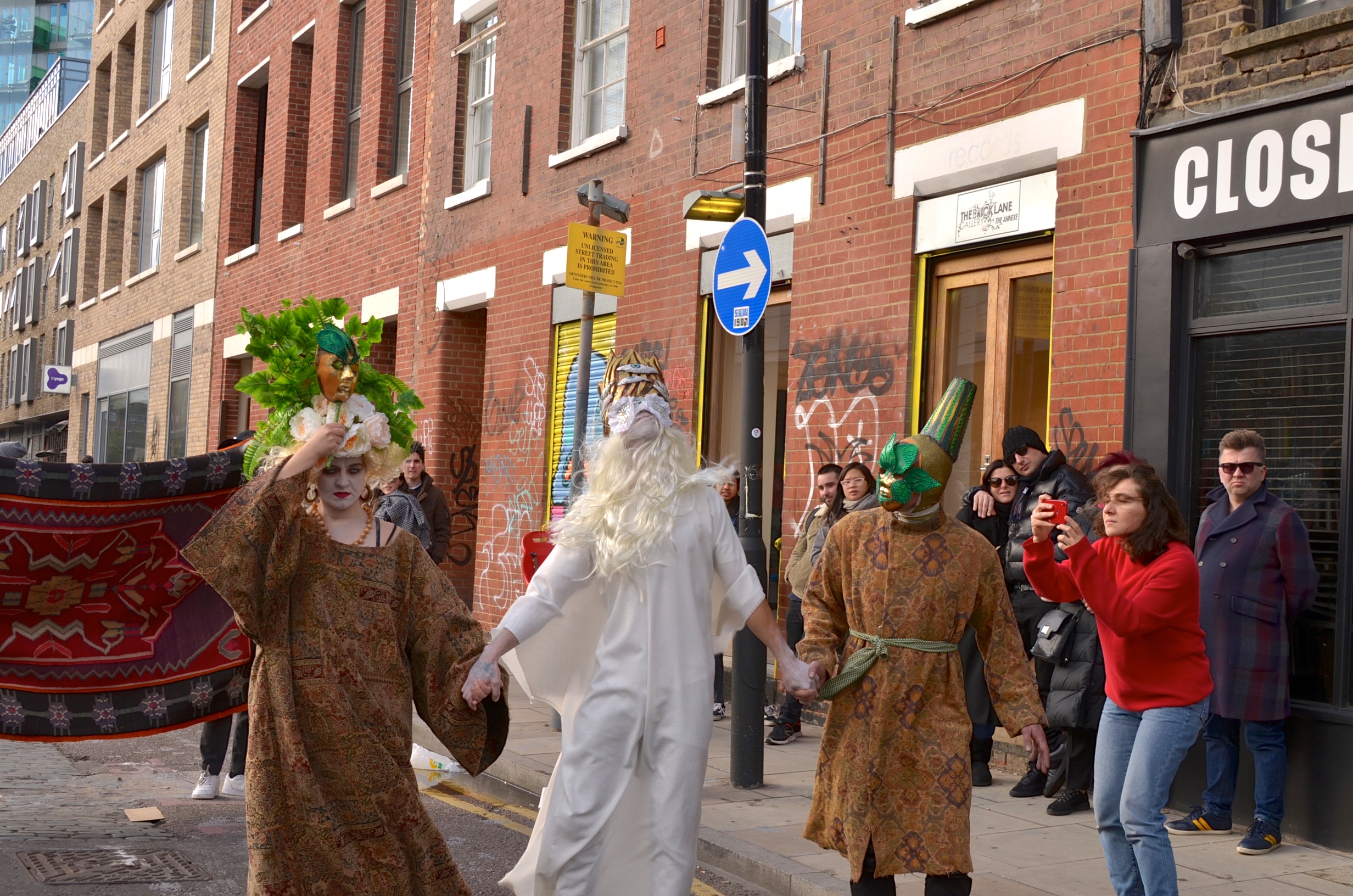 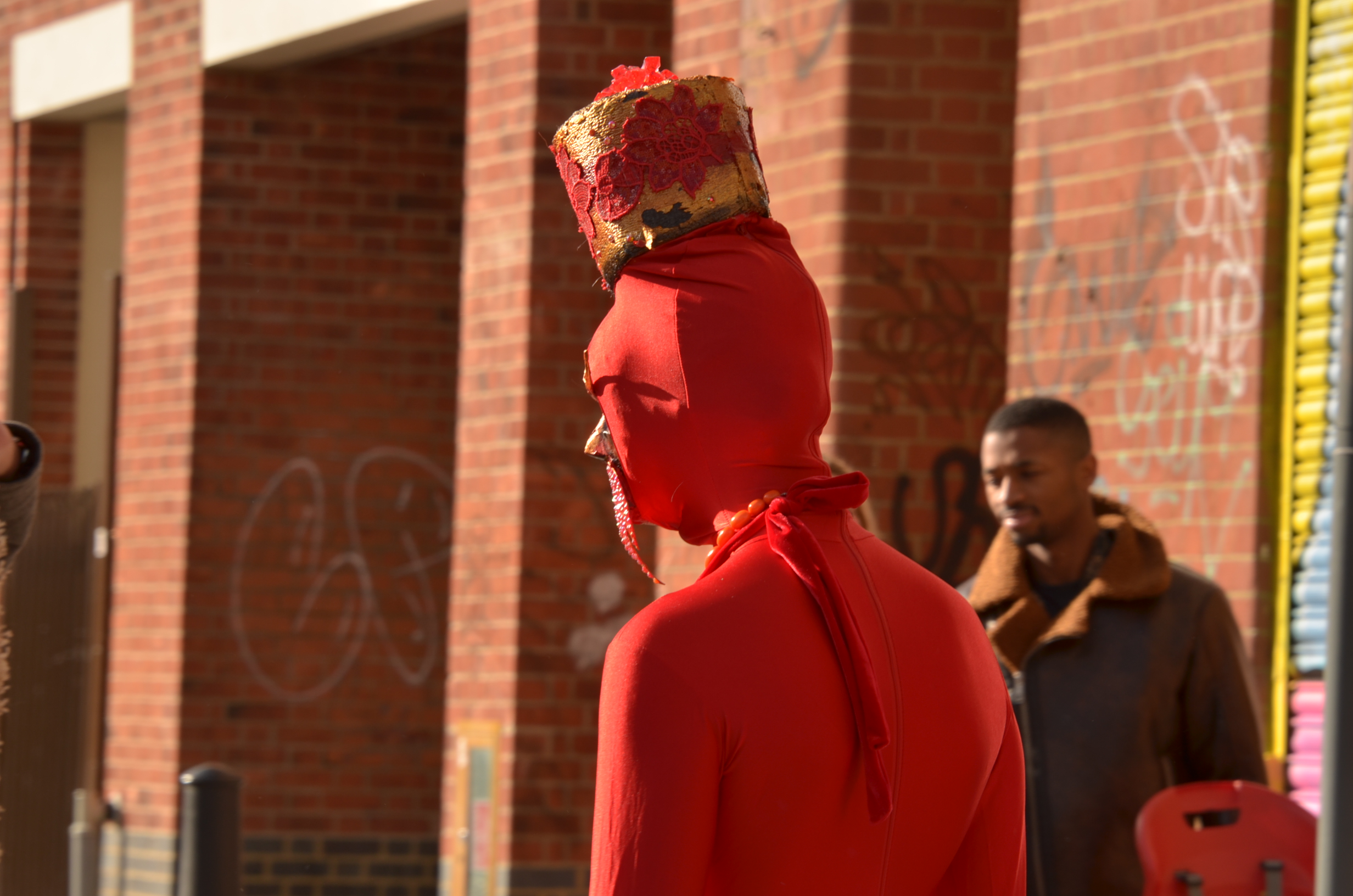 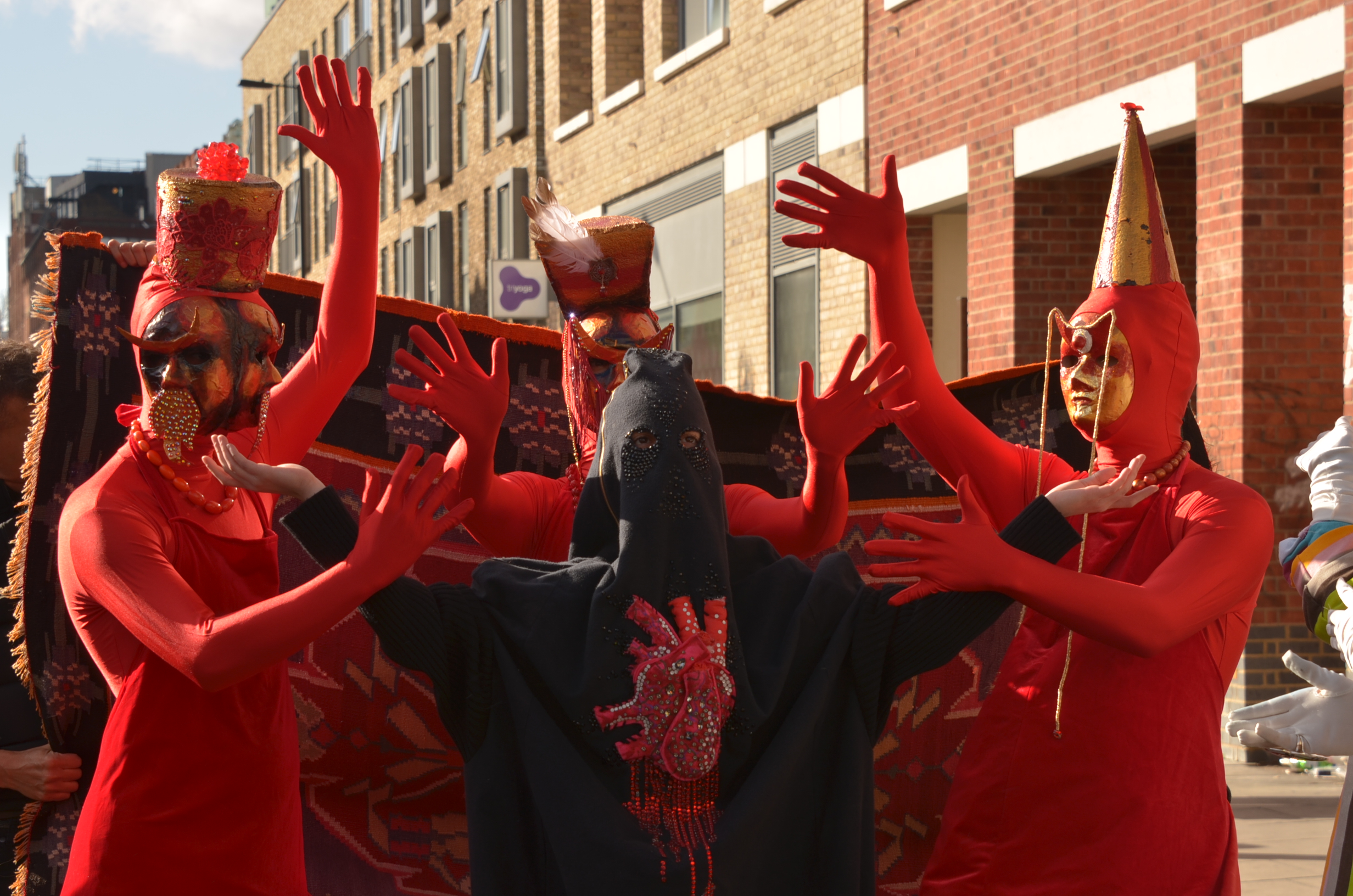